After the original breakthrough, he immediately started a legacy of building systems and a common lab for innovation. The idea of Hall Labs was born soon after Dr. Hall’s discovery. It was patterned after the Edison Labs in Menlo Park, New Jersey, where “modern American was invented.” 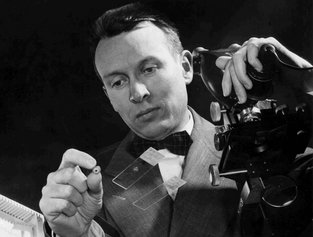 MegaDiamond was spun off by Tracy Hall in 1966 with two colleagues. Purchased by Smith International in 1985. View website >>

NovaPick pioneered the use of PCD materials in asphalt and mining operations. Now distributed through the worldwide Caterpillar dealer network. View Website >>

Novatek pioneered the concept of the solid frame press and continues to lead the industry in high-volume PCD production. Purchased by Schlumberger in 2015. View Website >>